Victoria, Australia – Researchers at Deakin University have found a way to separate blends of cotton-polyester material, providing a major breakthrough for recycling textile and other waste. 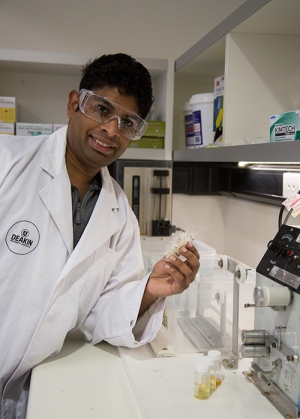 Each year, masses of material from unwanted clothing and other sources are deposited in landfill. The United States generates more than 11 billion kilograms of textile waste each year with only 15 per cent recycled and an estimated more than nine billion kilograms being sent to landfill, according to the US Council for Textile Recycling. The US EPA estimates that textile waste occupies five per cent of landfill mass. In Australia, the Technical Textiles & Nonwoven Association estimates that a massive one trillion tons of fibrous waste, generated from the textile, clothing and footwear processing industries is buried in landfills each year.